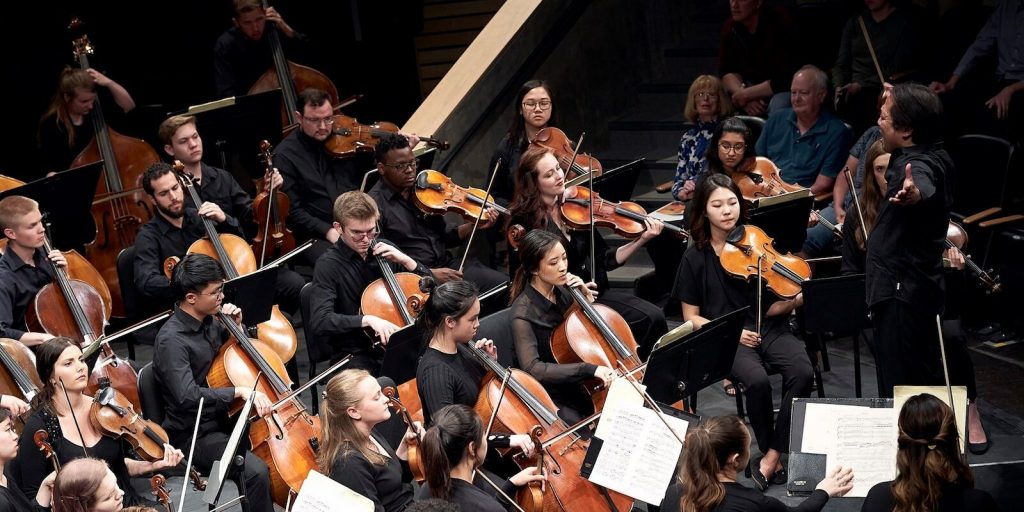 The Colorado College Summer Music Festival: A Culture of Support

Colorado College in Colorado Springs, 70 miles south of Denver, is home to the Colorado College Summer Music Festival. The CCSMF has transformed rising musicians’ lives for 38 seasons with a uniquely nurturing but intensive summer training program led by world-class classical artists. Susan Grace, now in her 35th year leading the CCSMF as Music Director, said, “This began as a 10-day festival and has grown to three weeks with fellows coming from around the world.” In fact, CCSMF alumni can be found holding major positions in ensembles worldwide.

A CULTURE OF SUPPORT

Conductor and violinist Scott Yoo, returning for his 21st season, described his early experiences at the festival: “Initially, it felt like a summer camp. But the players, almost mysteriously, played better than the sum of the parts. A combination of high standards and a lack of competitive scorekeeping helped bring out the best in students and faculty alike. The faculty’s mutual respect and support for one another served as a model, breeding supportiveness across the student group. Sue’s curation of the incredible faculty culture has been at the heart of the festival’s success.”

Yoo pointed out two other developments that have contributed to the growing success of the CCSMF: going tuition-free and building new facilities. In 2004 the program shifted to a tuition-free model, which enables the best-qualified fellowship candidates to participate regardless of financial considerations. And the 2008 opening of the Cornerstone Center for the Arts greatly expanded the rehearsal and performance facilities for the festival, allowing for the addition of a full complement of brass faculty thereby transforming the capabilities of the CCSMF orchestra.

When Scott Yoo first conducted the CCSMF Orchestra in 2002, he was admired by music insiders but not yet widely known to the public. Yoo’s profile has risen considerably in the years since. He has become the Artistic Director of the Mexico City Philharmonic and Festival Mozaic in San Luis Obispo, California. His PBS Series Now Hear This first aired in 2019 and has become one of the highest-rated classical music television shows of all time. Despite his success elsewhere, Yoo and other faculty members continue to return to CCSMF year after year. The mutually supportive faculty dynamic at the Festival is a winning recipe.

In 2005, oboist Elizabeth Koch Tischione (then Elizabeth Koch) was a student at the Curtis Institute in Philadelphia, where she worked in the library. The job gave Koch access to recordings of successful Curtis alumni, including CCSMF Faculty oboist Robert Walters. Koch’s admiration for Walters’ playing helped convince her to apply to the festival. She joined the festival after a rigorous audition process. It was Koch’s first time performing in the mountains, and she initially struggled, as many wind players do, with the 6000-foot elevation. She had to carve a whole new set of reeds quickly, and her new oboe cracked in the dry air. But after that initial adjustment, she flourished. Koch speaks of that summer as a time of tremendous artistic and personal growth.

Koch was invited to return to the festival the following summer. As she was preparing for her trip to Colorado, the Atlanta Symphony offered her an opportunity to perform as a substitute later in at same summer. When CCSMF faculty members Robert Walters and Scott Yoo learned of this development, they quickly crafted a plan for Koch, giving her multiple opportunities to play the works scheduled for Atlanta with an orchestra at the festival. Koch then made a strong impression when putting her performances to the test in Atlanta, and in June of 2007, Koch won a permanent position there as Principal Oboist. Koch credits part of her success in Atlanta with the enormous preparation boost she was given at the CCSMF, which would have been impossible at most training institutions.

Koch (now Koch Tischione) became a Colorado College Summer Music Festival faculty member in 2016, joining a faculty that was essentially unchanged from her student days. She relates the thrill of performing alongside the artists who had nurtured her as a student. Koch-Tiscione also notes that the CCSMF students keep getting better. “For oboe, it is incredibly competitive. We only take two, and those two usually wind up among the contenders for the next rounds of orchestral openings.”

Guarneri Hall Affiliate Artist, Cellist Lidanys Graterol is among the new crop of fellows recruited for this year’s Colorado College Summer Music Festival. Graterol grew up in Coro, Venezuela, 280 miles east of Caracas. As a young child, her parents signed her up for music lessons to fill her afternoons. Graterol resisted at first, but she quickly improved, and at age 12 a chance to perform as a soloist convinced her to pursue the cello professionally. Eventually, Venezuelan cellist William Molina Cestari heard Graterol in a cello class at the Venezuelan National Academy in Caracas and recommended she audition for the eminent professor Wojciech Marek Gajzler (1939-2019). For Graterol, the trip between her home and the Academy was a grueling 8-9 hour bus ride each way, but her commitment was unwavering. She studied with Gajzler until his death in 2019 and then worked with Asdrubal Castillo at the “José Luis Paz” Music Conservatory in Maracaibo. In the fall of 2019, she came to Roosevelt University in Chicago to study with Tanya Carey.

The 2022 Colorado College Summer Music Festival will be Lidanys Graterol’s first summer music festival experience. The program might have been out of reach if not for the tuition-free model. In a recent conversation, Graterol talked about her excitement for three intensive weeks in an environment focused ONLY on music-making. She has heard that Colorado is beautiful and is hoping for time to enjoy the mountains in between musical studies. But for her, as for all of the CCSMF faculty and fellows, the music comes first!

The 2022 Colorado College Summer Music Festival Concerts start on Tuesday, June 7, and run through June 24. Many have free admission. The full SMF schedule, ticket prices and packages, and more information can be found here. 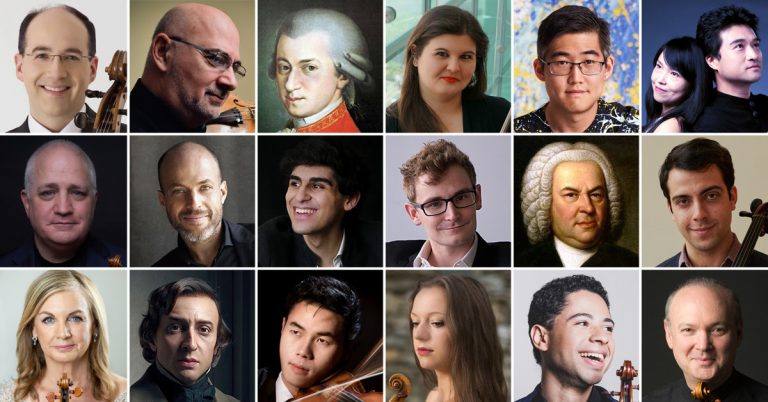 The Guarneri Hall 2022-23 Season!
Tickets are now on sale for the 2022-23 Season at Guarneri Hall. We hope you will join us to experience great music played by some of today's top artists in our uniquely personal space. Read more »

What We’re Listening to…June, 2022
This week we are listening to incredible recordings by Sibelius, Beethoven, and Brahms. Read more » 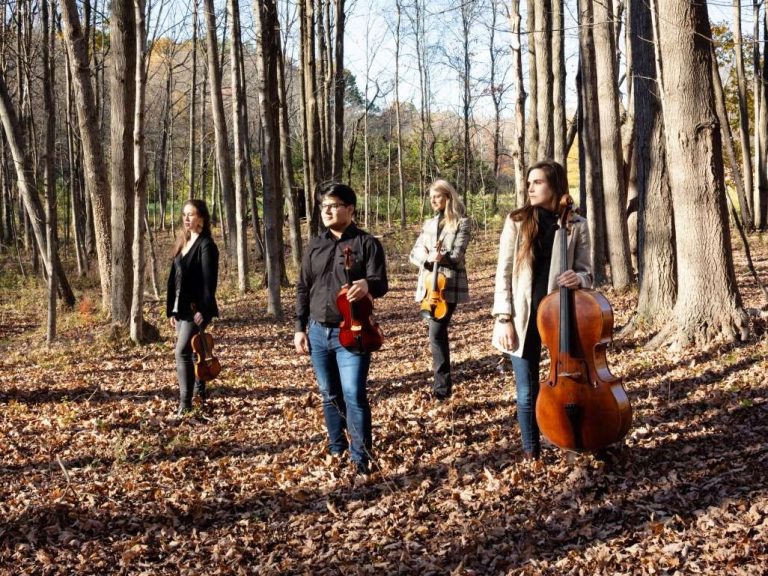