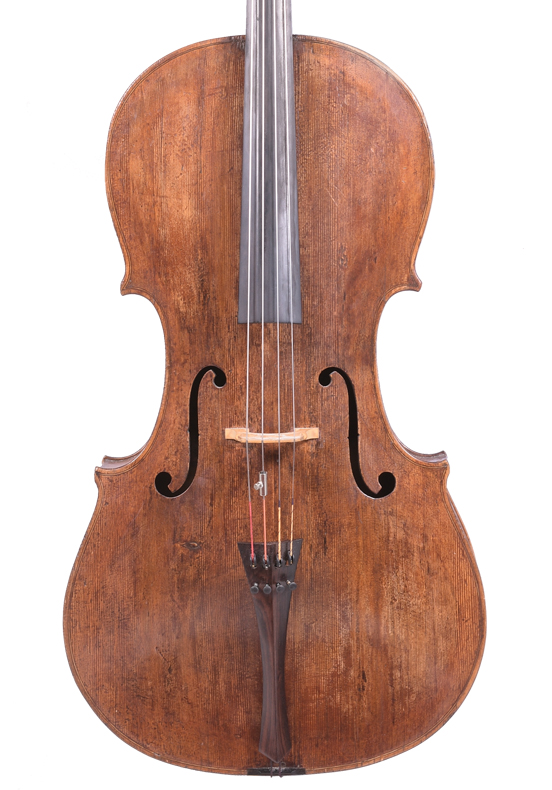 In Part One of this two-part series, we looked at the dual traditions of violin making in the Italian cities of Brescia and Cremona, and the story of Giovanni Battista Rogeri, the only luthier of significance to work in both cities. The story continues in Part Two, with an exploration of how Rogeri’s work demonstrates a fusion of styles from both cities.

A blending of styles

The instruments of Giovanni Battista Rogeri (1642 – c. 1710) combine a high level of refinement with a bold, direct approach to the form, reflecting the influence of both Cremonese and Brescian principles. Rogeri built some of his violins on a full and broad model reminiscent of grand-pattern Amati. He emulated smaller Amatese forms in others. Rogeri even modeled some of his instruments directly after the work of an earlier Brescian maker, Giovanni Paolo Maggini (1580-1630). Similar to Maggini’s work, these instruments incorporate double purfling and intricate designs. Rogeri’s Maggini-modeled instruments have often been mistakenly confused with authentic Magginis and are among the first copies of instruments of the early Brescian school.

The eyes of the beholder

Rogeri’s scrolls fall into two main groups: Usually the first turn of the spiral begins near the top of a generous eye. The Maggini copy scrolls sometimes have a first turn of the volute that begins at the bottom of an even larger eye, shortening the spiral and giving the whole head a more massive appearance. Both versions have a distinctive look with relatively flat pegbox walls, volute edges, and eyes. Overall, the scrolls appear somewhat full in size, perhaps another influence from earlier Brescian instruments such as viols. The arching of Rogeri instruments is usually full and slightly square and only occasionally relatively flat.

Rogeri frequently used excellent materials: very fine spruce tops on beautifully figured maple backs indicate upscale patronage. On other instruments, demand from less well-heeled clientele seems to have been met with plainer materials and with purfling drawn rather than inlaid on the backs.

The Rogeri output shows the hands of several different makers. Giovanni Battista’s son Pietro Giacomo Rogeri (1665 – 1724) appears to have played an essential role in the shop. There is a period of overlap with multiple instruments in which one can observe the collaborative work of father and son together. Additionally, many contemporary experts ascribe the work observed in other examples to Gaetano Pasta (c. 1679 – c. 1760).

This violin dates from circa 1706. The form is bold, like a grand-pattern Amati, and the relatively flat arching shows a blend of Cremonese and Brescian influences. The purfling is drawn on the back rather than inlaid as on the top. The scroll has a typical large, flat eye. This instrument appears to be a collaborative effort of father and son: the long hooked shape of the corners betray the hand of Pietro Giacomo Rogeri, while the F-holes are typical of Giovanni Battista. Later instruments from the workshop with this same distinctive shape to the corners have F-holes of Pietro Giacomo, which would indicate the father’s waning presence in the workshop.

This example dates from the 1720’s, after the death of Giovanni Battista, and shows the hand of P.G. Rogeri throughout. The corners have a hooked shape, similar to the previous violin, but the straight stems on the F-holes are typical of P.G.’s hand.

While the Rogeri workshop was quite prolific in the production of violins, violas are exceedingly rare. By the end of the 17th century, a shift in compositional style had reduced demand for the viola. The popularity of the trio sonata for two treble instruments, one bass instrument, and keyboard made the viola obsolete until four-part writing became the predominant style in the late baroque and classical periods. By that time, the economic conditions on the Italian peninsula had shifted, and classical violin making had died away. Consequently, very few violas from Brescia and Cremona built after 1700 exist.

The Rogeri workshop produced a number of fine cellos that have proven to be quite successful concert instruments. As the cello evolved from its traditional role as a bass instrument to become more of a solo instrument, players began to require greater mobility; therefore, Rogeri cellos are generally of shorter dimensions than found on earlier bass instruments. From the latter part of the 17th century, G.B. Rogeri in Brescia and Andrea Guarneri and Francesco Rugeri in Cremona all began to respond to the demands created by this stylistic shift with smaller cello models to facilitate the new need for mobility in high positions.

This example of Rogeri shows the probable participation of Gaetano Pasta. This cello is among a group of instruments that support the idea of a working connection between Pasta and Rogeri. The cutting of the scroll and f-holes displays an affinity for the work of Rogeri while pointing more clearly to Gaetano Pasta. There is compelling circumstantial evidence, besides the work itself, to support a connection between Pasta and Giovanni Battista Rogeri.

Census records show that Gaetano Pasta’s father, Bartolomeo Pasta (c. 1640 – c. 1706), lived in the household of Nicolo Amati as an apprentice in 1660. GB Rogeri began his apprenticeship with Nicolo Amati in 1661. With abutting apprenticeships in the most prestigious violin atelier of the day, the two young makers would have known of each other at least by reputation, if not personally.

Following his time in the Amati shop, Bartolomeo settled in Milan, where he continued to work until the early 18th century. Gaetano settled in Brescia and married the widow Caterina Pavarino in 1701. The Brescian archives list her deceased first husband, Stefano Lassigner, as a violin maker.

Given the various connections, working for the Rogeris at the most successful shop in Brescia would have been an obvious fit for a young violin maker seeking employment in a new city. It seems possible that Pasta’s reason for going to Brescia was on the promise of work from the Rogeri workshop, but no evidence, either way, has come to light. Pasta probably also worked on his own, but few definitive examples of his work exist, and there is little historical information by which to verify much of his biography or working life 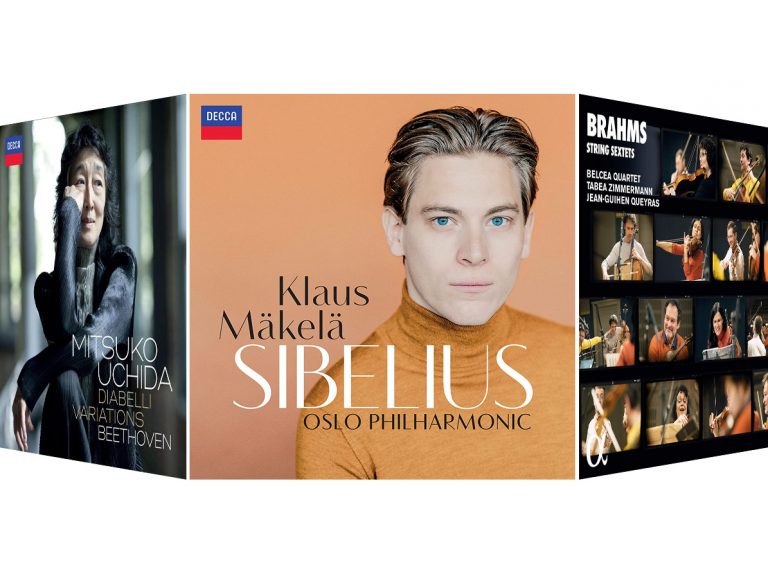 What We’re Listening to…May, 2022
This week we are listening to incredible recordings by Sibelius, Beethoven, and Brahms. Read more » 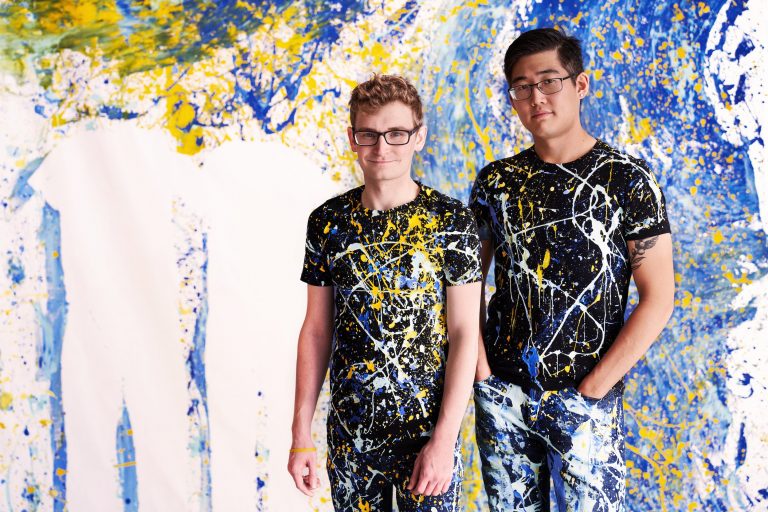 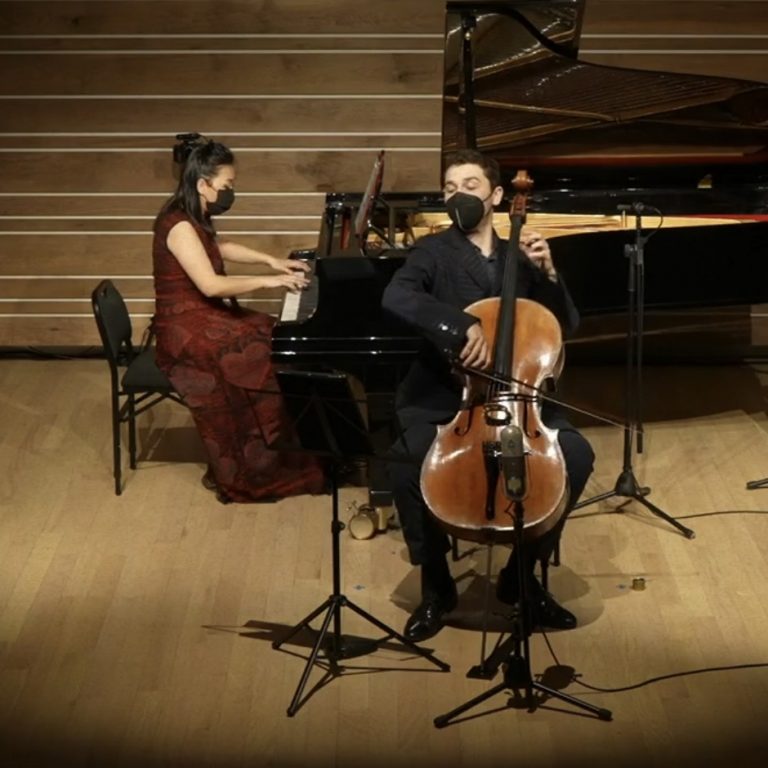