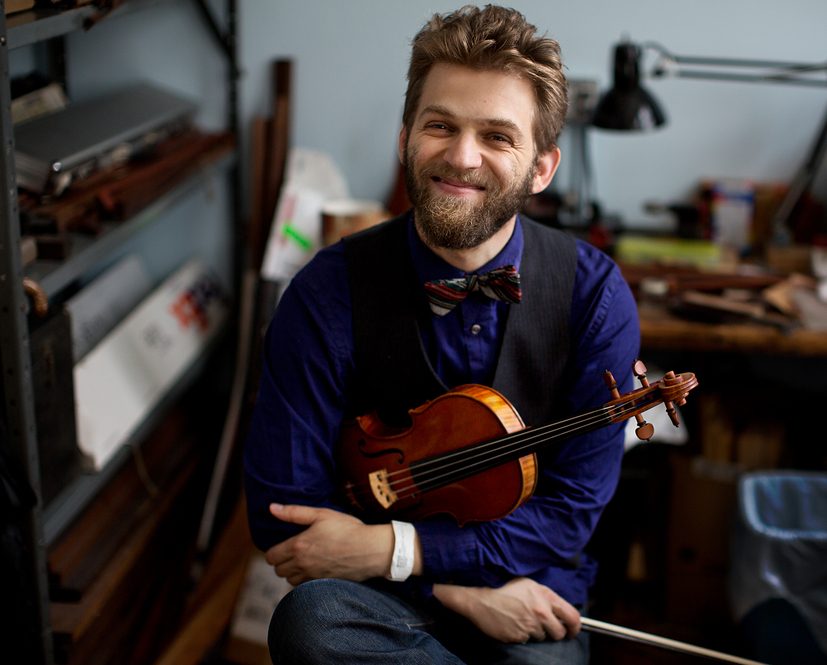 Grammy-award winning violinist and producer Johnny Gandelsman of the NYC string quartet Brooklyn Rider brings his unique take on the complete Bach cello suites to Guarneri Hall, playing them on the violin! Gandelsman's musical voice reflects the artistic collaborations he has been a part of since moving to the United States in 1995.

The six Cello Suites for unaccompanied cello by Johann Sebastian Bach are among the composer’s most recognizable works. The Suites have come to universally symbolize the cello itself and have also been transcribed often; an autograph manuscript of a version of the Suite No. 5 for lute by Bach himself is the earliest verifiable such instance.

Robert Schumann wrote arrangements with piano accompaniment based on J.F. Dotzauer’s 1826 edition of the Suites. These were rejected by Schumann’s publisher and Clara Schumann is believed to have destroyed the manuscripts sometime after 1860. Over the years, arrangements of the Suites with piano accompaniment by Julius Goltermann, Fritz Gruzmacher and Leopold Godowskywith have been published, but none of these has survived as part of the modern concert repertoire.

Numerous transcriptions of the Suites for solo instruments have gained acceptance, however, and the Suites are regularly heard on the viola, double bass, viola da gamba, mandolin, marimba, guitar, bass recorder, flute, bassoon, trombone, euphonium, and tuba. In 1866, Gustave Heinz released Ferdinand David’s version of the Suites for solo violin, but perhaps owing to the existence of the Bach’s Unaccompanied Sonatas and Partitas, violin versions of the Cello Suites have not become part of the standard violin concert repertoire.

It is generally accepted that the Cello Suites predate the Violin Sonatas and Partitas. Both likely fall into the period 1717-23 when Bach was Kappellmeister in Kothen. The Cello Suites are typical of baroque dance suites, which open with a prelude followed by a series of baroque dances. Some sources suggest that the dances in question may have fallen out of favor and practice after 1710, leading to the suggestion that the dance names in the Suites are not to be taken literally. Nevertheless, it cannot be denied that the construction of the dances as well as the names allemande, courante, sarabande, minuet, and gigue assigned by Bach to the movements of the Cello Suites correspond with standard French dances from the period just prior to the composition of the Suites.

The Cello Suites were virtually unknown at the end of the 19th century. Legendary cellist Pablo Casals championed the Suites in the early 20th century, successfully bringing them to the prominence they hold and deserve as essential staples of the modern cello repertoire. Perhaps the Suites are now on their way to becoming standards of the violin repertoire as well.