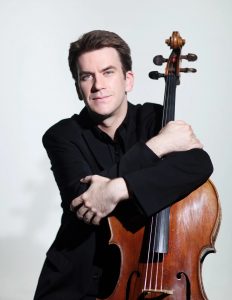 Cellist Edward Arron has garnered recognition worldwide for his elegant musicianship, impassioned performances, and creative programming. A native of Cincinnati, Ohio, Mr. Arron made his New York recital debut in 2000 at the Metropolitan Museum of Art. Since that time, he has appeared in recital, as a soloist with major orchestras, and as a chamber musician throughout North America, Europe and Asia.

The 2020-21 season marks Mr. Arron’s 12th season as the artistic director and host of the acclaimed Musical Masterworks concert series in Old Lyme, Connecticut. He is also the co-artistic director with his wife, pianist Jeewon Park, of the Performing Artists in Residence series at the Clark Art Institute in Williamstown, Massachusetts. Mr. Arron tours and records as a member of the renowned Ehnes Quartet, and he appears regularly at the Caramoor International Music Festival, where he has been a resident performer and curator of chamber music concerts for over a quarter of a century. In 2013, he completed a ten-year residency as the artistic director of the Metropolitan Museum Artists in Concert, a chamber music series created in 2003 to celebrate the 50th anniversary of the Museum’s prestigious Concerts and Lectures series.

Edward Arron began playing the cello at age seven in Cincinnati and continued his studies in New York with Peter Wiley. He is a graduate of the Juilliard School, where he was a student of Harvey Shapiro. In 2016, Mr. Arron joined the faculty at University of Massachusetts Amherst, after having served on the faculty of New York University from 2009 to 2016. 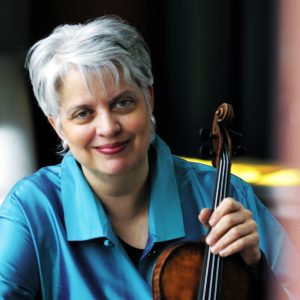 Jorja Fleezanis is adjunct professor emerita of music in orchestral studies at the Indiana University Jacobs School of Music.

A devoted teacher, Fleezanis became an adjunct faculty member at the University of Minnesota’s School of Music in 1990. She has also enjoyed teaching roles with other organizations: as teacher and artist at the Round Top International Festival Institute in Texas (1990-2007); artist-in-residence at the University of California, Davis; guest artist and teacher at the San Francisco Conservatory, where she served on the faculty from 1981 to 1989; artist and mentor at the Music@Menlo Festival (2003-2008); teacher and coach at the New World Symphony (1988-present); and faculty of the Music Academy of the West since 2016. She has been a visiting teacher at the Boston Conservatory, The Juilliard School, The Shepherd School of Music, and Interlochen Academy and Summer Camp. She is also a frequent guest mentor at Britten Pears Center at Snape Maltings, England, in programs for both young musicians and professional orchestral violinists.

Fleezanis has had a number of works commissioned for her, including by the Minnesota Orchestra with the John Adams Violin Concerto and Ikon of Eros by John Tavener, the latter recorded on Reference Records. Her recording of the complete violin sonatas of Beethoven with the French fortepianist Cyril Huvé was released in 2003 on the Cyprés label. Other recordings include Aaron Jay Kernis’ Brilliant Sky, Infinite Sky on CRI, commissioned for Fleezanis by the Schubert Club, and, with Garrick Ohlsson, Stefan Wolpe’s Violin Sonata for Koch International.

Fleezanis studied at the Cincinnati Conservatory of Music and the Cleveland Institute of Music. 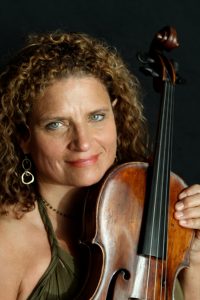 Karen Ritscher, praised by the New York Times for her “superior musicianship”, is recognized internationally as a leading pedagogue, soloist and chamber musician. She has also served as principal violist of the Houston Grand Opera, the Dallas Opera, American Composers Orchestra and the Brooklyn Philharmonic. She has taught at many of the leading conservatories of the United States and her students hold prestigious posts in major orchestras, string quartets, and at universities throughout the world. She is on the viola faculty at the Manhattan School of Music, New York University, Boston University, and City University of New York. She has judged many international competitions, most recently the Primrose, in June of 2011. As a master class clinician and recitalist, she has appeared throughout the United States as well as Canada, Mexico, Spain, Czech Republic, Korea, Taiwan, and China. Her summer residencies have included the Aspen Music Festival, the Heifetz International Institute of Music, Litomisl International Masterclasses in the Czech Republic, and Domaine-Forget in Canada. Since its inception in 2002, she has served on the faculty of the annual “Karen Tuttle Coordination Workshop.”

Ms. Ritscher performs and records with the Azure Ensemble, a new music chamber group based in NYC. She has been a member of the Aureus Piano Quartet, Steve Reich Musicians, and St. Luke’s Chamber Ensemble. She has toured and recorded with Orpheus Chamber Orchestra, St. Louis Symphony, New York Philharmonic, and the Houston Symphony.

Ms. Ritscher is honored to have been the string consultant for the award-winning  book by Madeline Bruser, The Art of Practicing; a Guide to Making Music from the Heart. She is the Education Editor of the Journal of the American Viola Society and a frequent contributor to string magazines.

In the spring of 2011, Ms. Ritscher became a certified teacher of Gabrielle Roth’s 5Rhythm™ Movement Practice. She teaches Rhythms™ in Boston and New York, as well as workshops throughout the world. 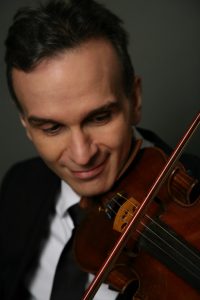 Gil Shaham is one of the foremost violinists of our time; his flawless technique combined with his inimitable warmth and generosity of spirit has solidified his renown as an American master. The Grammy Award-winner, also named Musical America’s “Instrumentalist of the Year,” is sought after throughout the world for concerto appearances with leading orchestras and conductors, and regularly gives recitals and appears with ensembles on the world’s great concert stages and at the most prestigious festivals.

Highlights of recent years include the acclaimed recording and performances of J.S. Bach’s complete sonatas and partitas for solo violin. In the coming seasons in addition to championing these solo works he will join his long time duo partner pianist, Akira Eguchi in recitals throughout North America, Europe, and Asia.

Appearances with orchestra regularly include the Berlin Philharmonic, Boston Symphony, Chicago Symphony, Israel Philharmonic, Los Angeles Philharmonic, New York Philharmonic, Orchestre de Paris, and San Francisco Symphony as well as multi-year residencies with the Orchestras of Montreal, Stuttgart and Singapore. With orchestra, Mr. Shaham continues his exploration of “Violin Concertos of the 1930s,” including the works of Barber, Bartok, Berg, Korngold, Prokofiev, among many others.

Mr. Shaham was born in Champaign-Urbana, Illinois, in 1971. He moved with his parents to Israel, where he began violin studies with Samuel Bernstein of the Rubin Academy of Music at the age of 7, receiving annual scholarships from the America-Israel Cultural Foundation. In 1981, he made debuts with the Jerusalem Symphony and the Israel Philharmonic, and the following year, took the first prize in Israel’s Claremont Competition. He then became a scholarship student at Juilliard, and also studied at Columbia University.

Gil Shaham was awarded an Avery Fisher Career Grant in 1990, and in 2008 he received the coveted Avery Fisher Prize. In 2012, he was named “Instrumentalist of the Year” by Musical America. He plays the 1699 “Countess Polignac” Stradivarius, and lives in New York City with his wife, violinist Adele Anthony, and their three children.

HELP US EDUCATE the next generation of musicians and music professionals by donating to the Fulton Summer Music Academy. Your gift will help to offset the cost of intensive daily one-on-one instruction for talented string students.