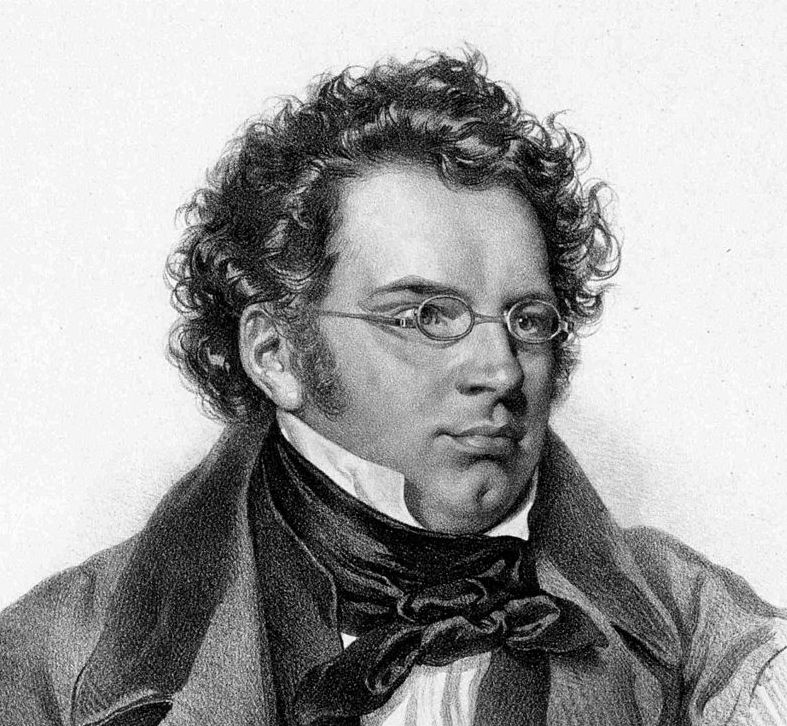 Franz Schubert (1797-1828) was a prolific composer who left a number of works unfinished at his untimely death at the age of 31. Franz Schubert’s Quartettsatz D. 703 is one such work. The title translates to “quartet movement.” The completed Allegro assai was planned as the first movement of a long-form quartet that Schubert never finished. During Schubert’s short lifetime, the composition remained unknown and unperformed. But the level of sophistication in the Quartettsatz marks it as an important bridge to Schubert’s mature style.

“Stick to your Lieder”

Schubert found only limited professional success in his lifetime. Although he earned public admiration early in his career through his many lieder of immeasurable beauty and depth, music houses showed little interest in the works. Most remained unpublished until after his death. While the songs did manage to cement Schubert’s reputation as a composer of lieder, for the rest of his short career he struggled mostly in vain to be accepted as a serious composer of opera, symphonies, choral, and chamber works.

Even Ignaz Schuppanzigh, the first violinist of the famed Schuppanzigh Quartet and dedicatee of Schubert’s Rosamunde quartet, had less than kind words for Schubert’s Quartet in D Minor D. 810, the Death and the Maiden. In 1824, Schuppanzigh remarked “Brother, this is nothing! Forget it and leave well enough alone. Stick to your Lieder.” Posterity would eventually correct this injustice, but one can imagine the blow that this would have been to Schubert, who, at the time, was desperately seeking success in Vienna as a composer of major works.

By the age of 13, Schubert had begun to write light quartets to be performed informally by his brothers Ferdinand and Ignaz on the violins, their father on the cello, and Schubert himself on the viola. Quartet playing was a typical pastime of a Viennese household at the time. Hundreds of works aimed at just such an audience were published around the turn of the 18th century and sold very well. Schubert’s early quartet efforts might have served that purpose well but remained unpublished in his lifetime. As charming as they are, it is a mistake to try to compare these with the composer’s three final quartets, the Rosamunde (1824), Death and the Maiden (1824), and G major Quartet (1826). The gateway to these epic later works is the Quartettsatz.

In December of 1820, Schubert began work on a large-scale quartet in C minor. After completing the first movement, the piece was laid aside and forgotten. No record of why the work was started or left unfinished has survived. Eventually, the Allegro assai movement would be discovered and published as Quartet #12, Quartettsatz D. 703.

Franz Schubert’s Quartettsatz is an important piece, even as a stand-alone movement, as the first example of Schubert’s mature style for the string quartet. Schubert revered Beethoven for most of his career, and the Quartettsatz shows the unmistakable influence of Beethoven’s Op. 59 quartets. The piece opens with fiery material evoking Sturm und Drang, the dramatic arts movement named after a 1776 play by Maximilian Klinger about the American Revolution. Schubert’s storm soon gives way to an ethereally beautiful second theme, and the tension between these two expressive ideas becomes the central feature of the piece. It is a sophisticated and mature composition that stands far apart from Schubert’s earlier efforts at quartet writing.

It is all but certain that Schubert never actually heard the Quartettsatz played, even in a casual setting. An incomplete piece would have been a doubtful candidate for a reading. In any event, Schubert’s works didn’t usually get much play during his lifetime. Most were premiered and published posthumously; in fact, the only documented instance of a public performance of a Schubert quartet during the composer’s lifetime was the Schuppanzigh Quartet’s performance of the Quartet in A Minor, D. 804 the Rosamunde, in March 1824.

The forgotten Allegro assai movement and fragments of the start of a second movement were among many works left unpublished and mostly unknown when the composer died in 1828. Schubert himself was all but forgotten until 1838, when Robert Schumann, an admired music critic, and budding composer, was shown the symphony manuscripts by Franz Schubert’s brother Ferdinand.

Taken with Schubert’s genius, Schumann spearheaded a premiere of Schubert’s Great C Major Symphony in Leipzig in 1839. The performance stimulated new public interest and an appreciation for Schubert. Among the eventual admirers was Johannes Brahms, who began collecting Schubert scores and went on to publish many Schubert works. Franz Schubert’s Quartettsatz was discovered and finally received a premiere in Vienna on March 1, 1867. In 1870 the score to the Quartettsatz was published as the Quartet #12, in an edition by Brahms. A complete edition of Schubert’s works appeared for the first time between 1884 and 1897.

Schubert seems to have had boundless imagination and an inexhaustible appetite for new projects. Sometimes nothing more than a casual conversation could be enough to set him working on a new piece. He frequently composed multiple pieces concurrently, and an emerging commission or a captivating new idea could easily cause him to set aside a current project with every intention to return to it later. But he never did return to many of his works in progress, leaving numerous pieces abandoned and forgotten. One of the great tragedies of music is that such a bright light burned for so brief a period. We are left to wonder how many incomplete works like the Quartettsatz or the Unfinished Symphony Schubert would have completed and how many new masterpieces Schubert might have realized, had he survived his 31st year.