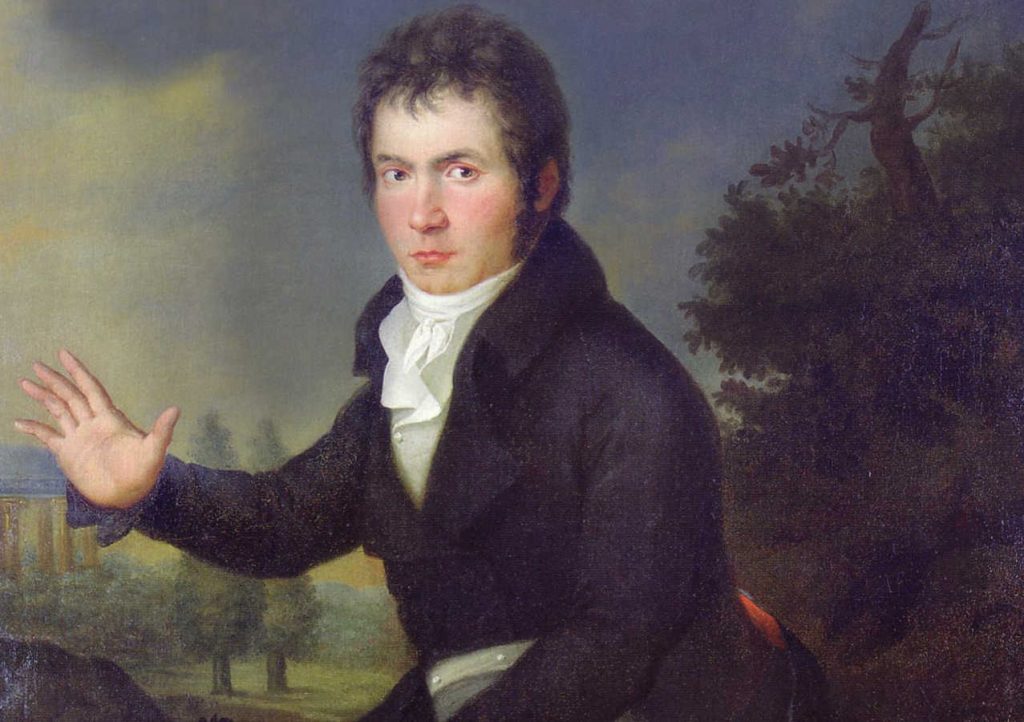 Mozart’s Marriage of Figaro and Beethoven: A Question of Motive

History sometimes helps us rethink myths and better understand the true motives behind the creation of great music. A case in point is 12 Variations on “Se vuol ballare” WoO40 from Mozart’s The Marriage of Figaro by Ludwig Van Beethoven (1770-1827). The piece was dedicated to Eleonore von Breuning (1771-1841). She was a one-time student of Beethoven’s and the sister of Stephan von Breuning (1774-1827), the eventual dedicatee of the composer’s Violin Concerto, Op. 61. The von Breunings’ station as patrons of the composer in his early years in Bonn, and Beethoven’s dedication of the “Se vuol ballare” variations to Eleonore provide some clues to Beethoven’s motives in writing the piece, but don’t quite tell the whole story.

Helene von Breuning (1750-1838), the widowed matriarch of the von Breuning household, gave Beethoven unrestricted access to the family home in Bonn. The rising young pianist was also hired to give lessons to Helene von Breuning’s son Lenz and daughter Eleonore. Beethoven fell in love with Eleonore and was determined to marry her. But the composer’s affections were unrequited, ultimately causing some embarrassment. Eleonore appears to have brushed aside the whole matter diplomatically but Beethoven, chastened by his own actions, would continue to offer profuse apologies in the years to come. The two maintained a warm platonic relationship through correspondence after Beethoven relocated to Vienna to study with Franz Joseph Haydn (1732-1809) in 1792. A letter from Beethoven to Eleonore, dated November 2, 1793, suggests that the dedication of the “Se vuol ballare” Variations was intended as an apology for Beethoven’s previous bad behavior. But the need to make amends alone wouldn’t have explained Beethoven’s decision to compose a set of variations on a famous theme by Mozart.

Beethoven had probably begun work on the “Se vuol ballare” Variations in Bonn. He likely carried the manuscript to Vienna as work in progress, to be completed under the guidance of Haydn. The variations were finished in 1792 and published by the Viennese house of Artaria (Haydn’s main publisher) in July 1793. Artaria originally offered the “Se vuol ballare” variations for sale as Beethoven’s “Oeuvre 1” presumably at Beethoven’s request.

Was this piece really intended as Beethoven’s grand entrance as a composer onto the scene in Vienna? The historical evidence suggests otherwise. In 1790s Vienna, creating variations on another composer’s theme would have been a way to demonstrate one’s skill in improvisation, but not a way to establish oneself as a composer of original music. In a letter to Eleonore von Breuning from November 2, 1793, Beethoven indicates the piece is more about laying claim to his personal improvisatory style than making his mark as an original composer:

…I never would have written it in this way, had I not occasionally observed that there was a certain individual in Vienna who, when I extemporized the previous evening, not unfrequently wrote down next day many of the peculiarities of my music, adopting them as his own [for instance, the Abbé Gelinek]. Concluding, therefore, that some of these things would soon appear, I resolved to anticipate this.

The “Se vuol ballare” variations are skillfully written but give no hint of the Beethoven who would soon begin to change music forever. Beethoven must have understood all along that the work didn’t fully represent his abilities and couldn’t have ever intended the piece to ultimately serve as a calling card. By 1795 Beethoven had seen to the removal of “Oeuvre 1,” from the title of the “Se vuol ballare” Variations when Artaria published the composer’s official Opus 1 set of Piano Trios, a decidedly heftier group of three extended works.

It would be easy to imagine Beethoven’s being drawn to and motivated by the underlying egalitarian message of Mozart’s opera. The libretto to The Marriage of Figaro was written by Lorenzo Da Ponte, who also wrote the libretti for two other Mozart operas, Cosi fan Tutti and Don Giovanni. The Marriage of Figaro was based on a 1784 stage play, La folle journée, ou le Mariage de Figaro by Pierre Beaumarchais (1732-1799), that was banned in Vienna because of its political critique of the aristocracy. Da Ponte secured permission from Emperor Joseph II to adapt the Beaumarchais play for an opera with guidance from government censors.

The cavatina “Se vuol ballare,” on which Beethoven’s variations are based, is an aria for bass that appears in the first act of the opera. “Se vuol ballare” (“If you want to dance”) is sung by the lead character, Figaro, who discovers Count Almaviva’s conniving plans to romance his wife-to-be, Susanna, and sings of how he will expose any further such efforts. It is humorous in context but betrays some of Beaumarchais’ original sharp critique of the excesses of the aristocracy and the injustices of privilege, the kind of critique that led to the play being banned in Vienna. Despite the censors’ efforts, some of that critique remained in Mozart’s and Da Ponte’s opera.

The Will of the Censors

The Marriage of Figaro was written in 1787, a time when socio-economic conditions in France were eroding into what would by 1789 become the French Revolution. Figaro is a timely piece of political commentary denouncing the abuses of the class system in support of the plight of “the people.” Da Ponte removed much of the most explicit critical political subtext from the The Marriage of Figaro to win the approval of the censors. But denunciation of the aristocracy was in the air in 1787. It is worth noting that Da Ponte and Mozart maintained strict secrecy about The Marriage of Figaro early in its development, presumably because of the potentially scandalous nature of the subject. What had made the Beaumarchais play sensational (and unacceptable to the authorities) probably made Marriage of Figaro feel daring. But it was Mozart’s music that ultimately carried the day and made The Marriage of Figaro a breakout success. The underlying critique of aristocracy in the work served as a vehicle for humor and current interest and must have remained mildly scandalous for the nobility.

Beethoven’s passionate sympathies for the revolutionary cause in France are well documented. But it seems improbable that any political impulses on Beethoven’s part could have prompted him to write variations on the “Se vuol ballare” theme. For one thing, the variations are lighter material, intended to entertain more than rouse political passions. But even more compelling evidence lies in the nature of the dedication to Eleonore von Breuning. Beethoven dedicated the variations to Eleonore as an apology for his behavior, and by all indications the apology and Beethoven’s affection and gratitude towards the von Breunings were completely genuine. It is difficult to imagine Beethoven apologizing to von Breuning, a member of the aristocracy, by way of dedicating a work in which he was consciously celebrating a critique of the aristocracy.

In contrast with the Victorian view of an artist as unconcerned with practical matters, Beethoven was often quite shrewd in business matters. His choice to appropriate a theme from The Marriage of Figaro for a set of variations was most likely born of commercial opportunism more than anything else. Beethoven was a newly arrived young composer trying to make a name for himself with Viennese concertgoers and patrons and looking for commercial success. Tying his name to the recently deceased and much-beloved Mozart through one of his best-known arias would have been good business. A set of variations on a theme from The Marriage of Figaro was a natural way to generate sales of the sheet music and attract new audiences.

See this piece performed by Stefan Hersh, violin and Katherine Petersen, piano on This Week from Guarneri Hall. The broadcast will air on the Groupmuse website on Sunday, November 8 at 2 pm CST.