Live events are on hiatus due to COVID-19, but we hope to “see” you at the exciting virtual events we are offering! Sign up to receive event reminders. 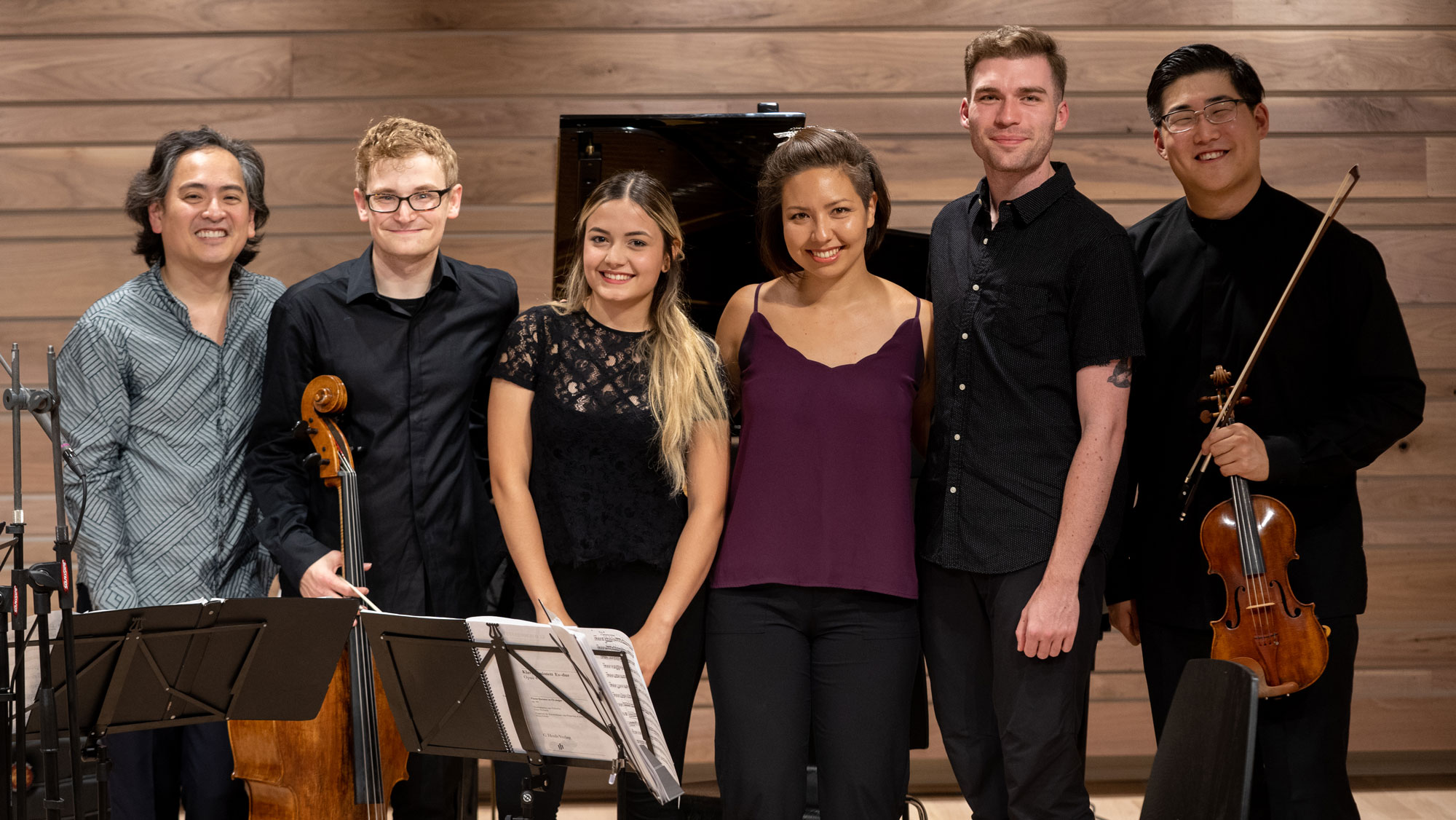 Watch a rebroadcast of the delightful “Call of the Birds” concert from the 2019 NEXUS Chamber Music Festival, along with newly-released artist profiles of Victor Asuncion, Alexi Kenney, and Zoë Martin-Doike. Don’t miss the post-concert Zoom hang with artists!

In late summer of 2018 and 2019, Guarneri Hall welcomed NEXUS Chamber Music Chicago to the Hall for its first and second annual chamber music festivals. Each season, NEXUS has programmed a wide variety of chamber works, from standard classics to lesser-known pieces that justly deserve a place in the canon. Co-artistic directors Brian Hong and Alexander Hersh have gathered a roster of talented young musicians from all over the world. In 2019, NEXUS also extended fellowships to two outstanding Chicago College of the Performing Arts students, who joined guest artists on several programs including this one.

In normal times, we livestream most of our live concerts. In these times, out of concern for our audiences and artists, all Guarneri Hall events are virtual. Find details on how to access each event on its event page.