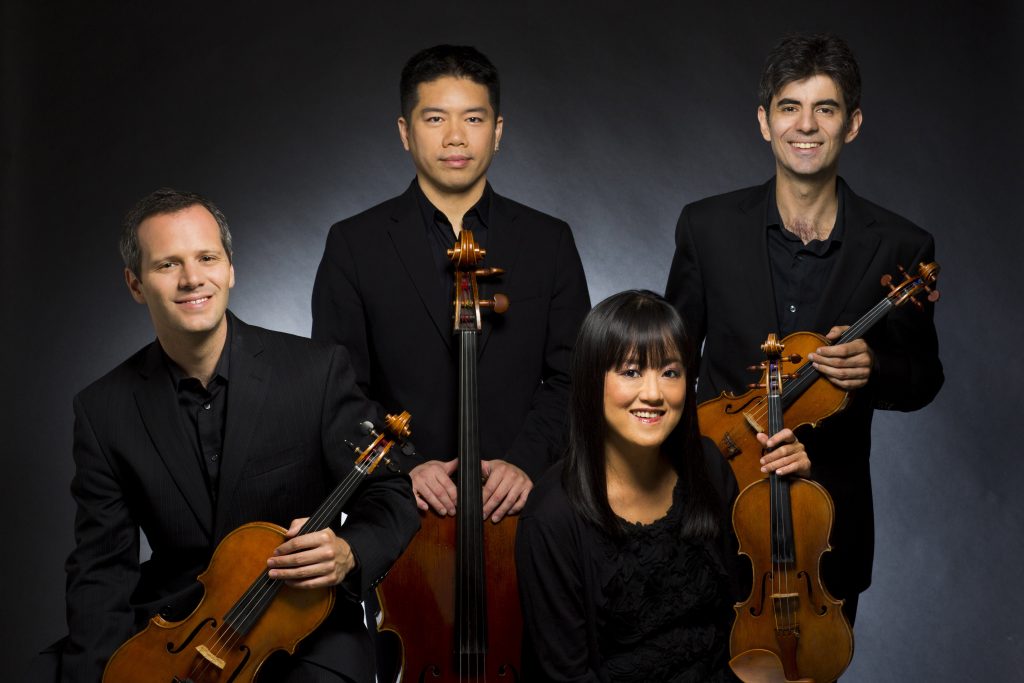 Beethoven was born in the northern German city of Bonn. It was there that he received his early musical training. In 1787, at the age of 16, he took an 18-day journey to Vienna, the great musical capital. The exact purpose of this trip is not known, but in addition to playing concerts as a pianist and soaking in the atmosphere, he probably hoped to meet Wolfgang Amadeus Mozart. At that time Mozart was the most prominent musician in Vienna, a man with a wife and a family, and engaged as always in trying to make ends meet. Through some unknown connections Beethoven was introduced to Mozart who, after hearing him play some flashy pieces on the piano, asked the young man to improvise on a theme of Mozart’s choice. When the improvisation ended, Mozart, who was not easily impressed, said to some houseguests, “Keep your eyes on him—someday he’ll give the world something to talk about.”

Beethoven was able to stick around for only two weeks until he was called home to attend to his mother, whose health was failing. He did get to hear Mozart perform and might have had a few lessons with the great musician who was in the midst of composing Don Giovanni. Young Beethoven was not able to return to Vienna until 1792, a year after Mozart’s death.

Vienna was to become Beethoven’s home for the rest of his life. He was best known in those early years as a pianist of extraordinary talent. He studied composition briefly with Joseph Haydn and even though the two rarely agreed on anything, Beethoven’s own works began to bring him notoriety. Among the works written in the 1790s were two trios for the unusual combination of two oboes and English horn.

The first, opus 87, a work in four movements, was first performed in 1794. A second piece, the Variations on “La ci darem la mano”, was performed in 1797. However, Breitkopf and Hartel did not offer it for publication until 1914, despite Beethoven’s brother’s efforts to sell it to at least two other publishers during the composer’s lifetime. As with the opus 87 trio, the variations were arranged in a variety of instrumentations to improve sales. Currently the respected publisher Barenreiter offers the work in a version for flute or oboe with violin and viola.

The Variations begin with the theme from the beloved aria from Act I. “La ci darem la mano” (There we’ll give each other our hands) is a Duettino between Don Giovanni and the country girl Zerlina, who is engaged to Masetto. In the aria Giovanni “generously” offers to host the upcoming nuptials, but Zerlina’s suspicions as to his ultimate intentions are confirmed in the next scene when the imperious Donna Elvira reveals Giovanni’s true colors.

In the 18th century, composers arranged popular arias from their operas for smaller instrumental ensembles, much to the delight of royalty and commoners alike. Often scored for woodwinds, these arrangements were performed at social occasions whether indoor or outside in good weather. Beethoven, the great admirer of Mozart, took advantage of this practice, paying homage to his idol and making some money for himself as well. There were no copyright laws to worry about in those days.

Mozart: Quintet for Clarinet, Two Violins, Viola and Violoncello in A Major, K. 581

The quintet for clarinet and strings was written in 1789 with Mozart’s close friend and fellow Mason, Anton Stadler, in mind. Stadler was the extraordinary principal clarinetist of the Vienna Court Orchestra. Mozart held Stadler in high esteem even though his character flaws would have taxed anyone’s patience. Melvin Berger writes:

From all accounts Stadler…was a scoundrel who lived like a parasite in the Mozart home, never repaid money he borrowed from his host and even stole and sold some of the composer’s own pawn tickets! But apparently a combination of Mozart’s refusal to acknowledge Stadler’s failings, his admiration for him as a musician, and his great love for the clarinet was enough to inspire this superb chamber work.

Mozart (playing viola) and Stadler presented the first performance at the Royal Imperial Court on December 22, 1789. The concert was a benefit for widows and orphans of musicians.

The work is cast in four movements in keeping with the form and structure of the string quartets of the day. The first movement is in sonata form with a generous amount of thematic material. The ability of the clarinet to both blend and contrast with the string sonority is on display throughout. The movement begins sedately, but has many episodes that showcase the easy flowing virtuosity of the clarinetist. The strings use mutes for the in the second movement Larghetto. This sets a quiet mood for the clarinet’s burnished tone colors. The exuberant D major minuet is written in an atypical form with two trios. The first trio is scored for the strings alone in A minor. The second trio is a bucolic peasant dance with the clarinet playing the leading role. The last movement is a folk-like theme followed by six variations. Variations I, IV, and V revolve around ornamented versions of the theme. Variations II, III, and VI mine the theme for its more expressive possibilities.

Beethoven, near the end of his life, turned inward to compose a profound collection of string quartets that encapsulate virtually everything he had to say. The quartet idiom is perfectly suited to this introspection. Opus 131 was said to be the composer’s favorite of his 16 quartets.

Franz Schubert, after listening to an early performance of this work, remarked, “After this, what is left for us to write?” Robert Schumann wrote that this work had a “…grandeur…which no words can express. They seem to me to stand…on the extreme boundary of all that has hitherto been attained by human art and imagination.”

The quartet is a supreme example of unified form. There are seven movements that are played without pause. Six different tonalities are visited, although the overall harmonic plan ultimately traces a journey from C sharp minor to C sharp Major. This reminds us of the voyage he took in his 5th Symphony from darkness to light. It was unusual for this composer to write in so many tonalities in one piece. Beethoven typically confined most compositions to two or three tonalities.

The first movement (Adagio ma non troppo e molto espressivo) is a slow fugue based on the 1st violin’s melody. Richard Wagner said this movement “reveals the most melancholy sentiment expressed in music.” Melvin Berger wrote, “The music is contemplative and serene, surmounting personal despair and sadness.” The second movement (Allegro molto vivace) is an optimistic yet delicate dance in the bright tonality of D Major. It’s as if Beethoven has thrown off the somber introduction in favor of warm good feelings.

The third movement (Allegro moderato–Adagio) is as concise as can be. Numbering only eleven measures and written in B minor, it functions as a transition, in the style of a recitative, to the fourth movement (Andante ma non troppo e molto cantabile). This movement is an extended theme and variations that is the heart of the entire work. Wagner called the syncopated theme, “the incarnation of innocence.” The six variations in A Major represent a mature mastery of inventive variation form.

At the conclusion of the variations we hear two notes that determine the pace of the fifth movement (Presto). The key is E Major. This is a classic Beethoven scherzo with all the humor and playfulness on full display. The parts interweave in an intricate and highly difficult mosaic of delicate and quicksilver phrases. In the coda Beethoven employs the bowing technique known as sul ponticello (playing close to the bridge) that produces an eerie whistling sound affect that commentator Michael Steinberg described as “rats’ feet on broken glass.”

The sixth movement (Adagio quasi un poco andante) is based on a meditative viola melody written in G sharp minor. This section serves as a slow bridge to the seventh and final movement (Allegro). This movement begins in C sharp minor with two forceful unison phrases that give way to the main theme that is martial in character. The momentum builds inexorably until a slower theme that is derived from the fugue of the first movement is heard. This thematic quotation serves to bring unification to the whole structure. The second theme is a long descending line that leads to a compact development section, recapitulation and extended coda. Richard Wagner wrote eloquently about the last movement:

This is the fury of the world’s dance—fierce pleasure, agony, ecstasy of love, joy, anger, passion, and suffering; lightening flashes and thunder rolls; and above the tumult the indomitable fiddler whirls us on to the abyss. Amid the clamor he smiles, for to him it is nothing but a mocking fantasy; at the end, the darkness beckons him away, and his task is done.

In looking back through the course of Beethoven’s life as a man, what may be most astonishing about him is that he survived the burden of being Beethoven. So much weighed on him: so much music roiled inside, so much rage, so much delusion, so much anguish physical and mental. No wonder his time called him superhuman. But the truer and sadder reality is that Beethoven lived to the ultimate capacities of being human, and he encompassed that in his art. As one of the defining figures of the revolutionary age, he witnessed and spoke for all of us a new vision of what it means to be human.