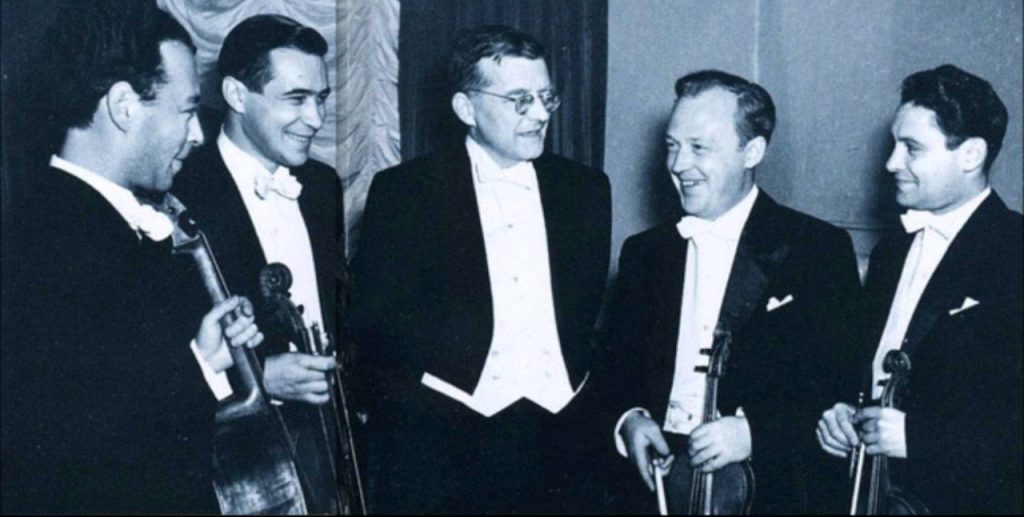 From Isolation is a program inspired by the dramatic effects of the COVID-19 pandemic on the lives of all of us who perform. Denied a collaborative outlet in the darkest moments of the pandemic, artists were forced to express themselves in isolation through cold and impersonal computer screens.

The gradual lifting of restrictions, allowing for public gatherings of increasing size are embodied in From Isolation. Eugene Ysaÿe’s Ballade for solo violin reflects a lonely desperation and even anger felt by artists all over the globe.  Jesse Montgomery’s Duo for Violin and Cello is an ode to friendship, signaling joy in restarting a collaborative process.  Paul Wiancko’s A Sanguine Clockwork for String Trio further augments the performing ensemble in a piece that is specifically about “the joyful interconnectedness of human beings.” The program finishes with Shostakovich’s profoundly beautiful yet nihilistic String Quartet No. 8, finally bringing all of the performers together onstage for a work that is a remembrance of lives lost, a monument to empowerment through profound struggle; a reminder to all of us to remain vigilant in the face of the continuous challenges that lie ahead.

Violinist Eugène Ysaÿe was universally admired on the world’s stages from the late 1880s on. Debussy, Saint-Saëns, Franck, and Chausson each dedicated works to Ysaÿe, attesting to the violinist’s fame and influence. Ysaÿe was perhaps even more influential as a teacher; the list of violinists who studied with him includes esteemed violinists of the 20th century such as Nathan Milstein and Oscar Shumsky. Josef Gingold was entrusted with the premiere of Ballade in Belgium while he was a student of Ysaÿe. Gingold went on to become one of the most celebrated violin teachers of the 20th century.

Ysaÿe suffered from diabetes and as his health faltered he focused increasingly on composition, which served as his most enduring legacy. Ysaÿe’s Six Sonatas for Solo Violin, Op. 27, each dedicated to a different, famous contemporary violinist, are his best known works. The third of these, Ballade, Op. 27, No. 3, is dedicated to the great Romanian virtuoso, Georges Enescu (1881-1955). Ysaÿe described Ballade and his relationship with George Enescu as follows:

I have let my imagination wander at will. The memory of my friendship and admiration for George Enescu and the performances we gave together at the home of the delightful Queen Carmen Sylva have done the rest.

Ballade is loosely constructed of two sections played as one movement. An unmeasured intro marked “in modo di recitativo” builds in waves before giving way to a thematic statement that serves as a recurring building block for the entirety of the piece. Ballade unfolds over six dazzlingly virtuosic minutes in which the pyrotechnical capabilities of the violin are exploited to full effect.

Acclaimed composer, violinist, and educator Jessie Montgomery has been steadily gaining influence in recent years. Montgomery was named composer-in-residence with the Chicago Symphony Orchestra in 2021. The New York Philharmonic selected Montgomery as one of the featured composers for their Project 19, which marked the centennial of the ratification of the 19th Amendment, granting equal voting rights to women in the United States. Montgomery has written works for the Imani Winds and the Catalyst Quartet as well as a concerto for cellist Thomas Mesa, jointly commissioned by Carnegie Hall, the New World Symphony, and the Sphinx Organization. Additionally she has composed an orchestral work for the National Symphony Orchestra.

An Ode to Friendship

Montgomery’s Duo, alternately titled Three Pieces for Violin and Cello, is a three-movement chamber piece that while informed by classical tradition, employs an improvisational freedom that is central to Montgomery’s compositional lexicon. Duo was written in 2015 for Montgomery herself to perform with cellist Adrienne Taylor. In Montgomery’s own words, “It’s an ode to friendship that is meant to be fun and whimsical, representing a range of shared experiences with friends.” Montgomery recently gave the movements of the duo names – “Antics,” “In Confidence,” and “Serious Fun” – that hint at this emotional arc of a friendship, alongside the camaraderie required to play chamber music honestly and engagingly.

Vital Pieces That Avoid the Predictable

Cellist/composer Paul Wiancko has led an exceptionally multifaceted musical life. As a performer, he has collaborated with Midori, Yo-Yo Ma, Richard Goode, Mitsuko Uchida, Nico Muhly, and members of the Guarneri, Takács, JACK, Parker, Orion, and Juilliard quartets. Wiancko’s compositions have been described as “dazzling” and “compelling” (Star Tribune) and as “vital pieces that avoid the predictable” (Allan Kozinn).

As a college student, Wiancko was winning international cello competitions while also recording string tracks for local punk bands in his dorm room. This unusual artistic versatility has marked Wiancko’s career and resulted in close collaborations with an incredibly wide range of artists including Chick Corea, Etta James, and Norah Jones, as well as Musicians From Marlboro and the award-winning Harlem Quartet, with whom Wiancko spent 3 years performing and teaching extensively throughout the US, Europe, South America, and Africa.

The piece’s title, A Sanguine Clockwork, refers to “the intricate inner workings of the human body and the joyful interconnectedness of human beings on a much larger scale. A Sanguine Clockwork explores the relationship between the molecular and the cultural – that inexplicable science which links the sentiment of a well-loved folk song to the blood in our veins.” A Sanguine Clockwork was premiered on November 17, 2013 at Bargemusic in Brooklyn, NY.

In 1960, Shostakovich travelled to Dresden to write music for the propagandist film Five Days, Five Nights, a joint project of Soviet and East German filmmakers about the bombing of Dresden in World War II.  Moved by the still-shattered condition of the city 15 years after the end of the war, Shostakovich wrote his eighth string quartet in Dresden in a burst of creative energy over just a few days in July 1960.

The dedication of Shostakovich’s eighth quartet “to the victims of fascism and the war” was likely imposed by the Russian authorities. Both Shostakovich’s daughter Galena and his friend Lev Lebedinsky referenced the work as autobiographical, and indeed the DSCH motif on which the work is built (also heard in a number of other pieces by Shostakovich) is widely understood to be the composer’s musical signature.

His Most Personal Feelings

Shostakovich’s Quartet No. 8 was premiered on October 2, 1960 in Leningrad by the Beethoven Quartet. It has been a mainstay in the quartet canon ever since. In the liner notes for a 1962 recording, music critic Erik Smith wrote, “The Borodin Quartet played this work to the composer at his Moscow home, hoping for his criticisms. But Shostakovich, overwhelmed by this beautiful realization of his most personal feelings, buried his head in his hands and wept. When they had finished playing, the four musicians quietly packed up their instruments and stole out of the room.”

What We’re Listening to…August, 2022
This week we are watching for new recordings from Truls Mork, Anna Prohaska and Isabelle Faust, and a re-release of the Musical Art Quartet. Read more » 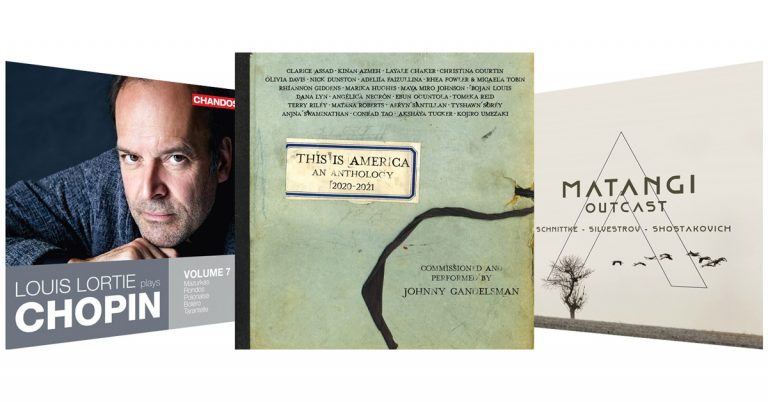 What We’re Listening to…July, 2022
This week we are listening to new releases from Johnny Gandelsman, Louis Lortie, and the Matangi Quartet.. Read more » 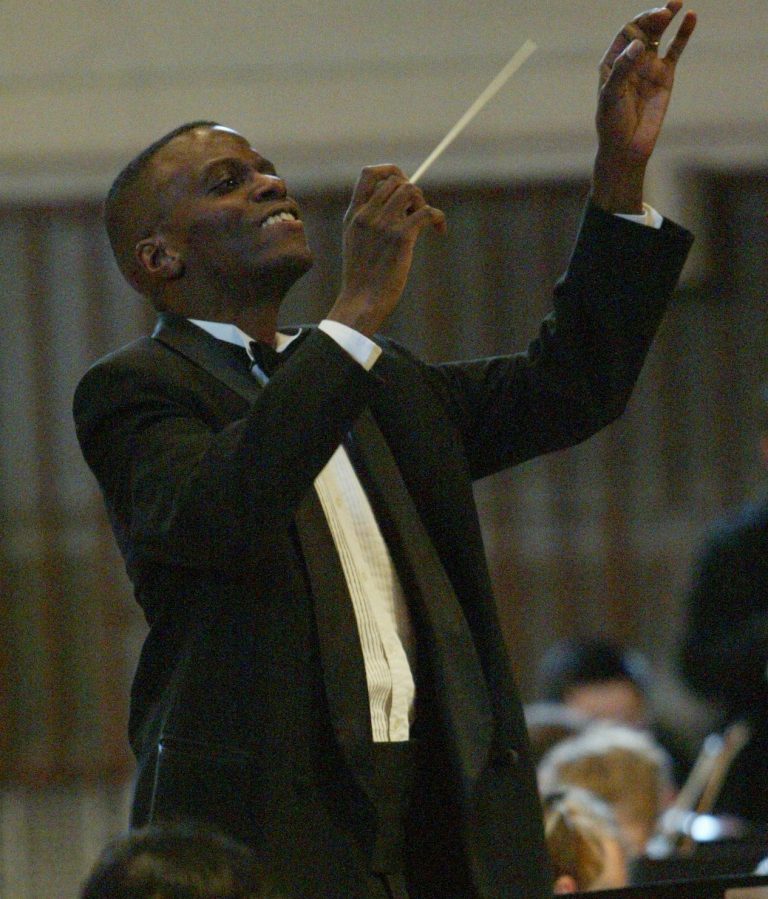 Remembering Terrance Gray
We are mourning the passing of conductor Terrance Malone Gray, age 59, who was a fixture in the lives of young musicians in Chicago for nearly 30 years. Read more »
Previous announcements...