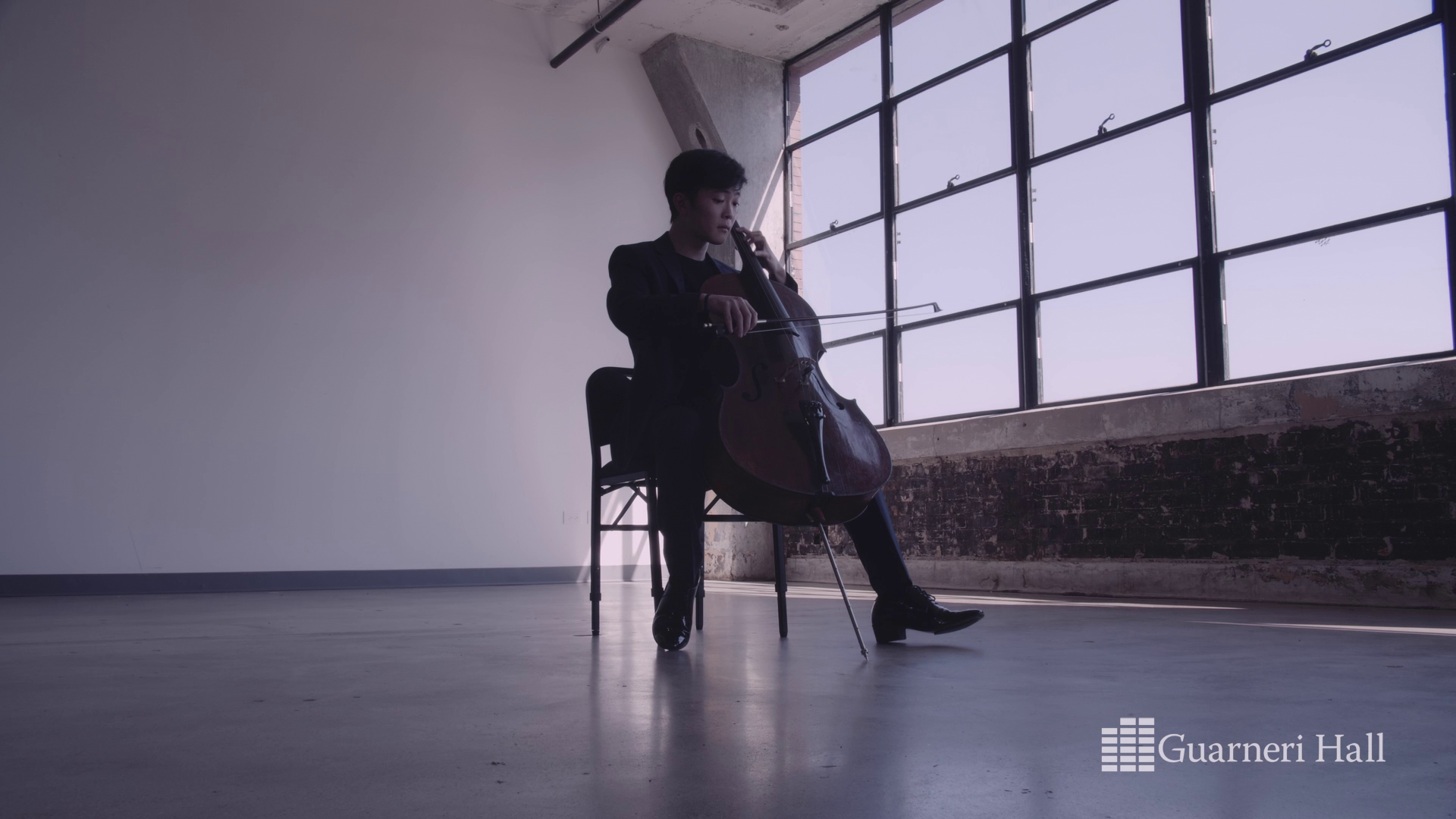 Britten did win enough admiration in his own time to secure important commissions from famous musicians. Cellist Mstislav Rostropovich (1927-2007) developed a close artistic and personal relationship with Britten over the last 16 years of the composer’s life. A group of important additions to the cello canon resulted; Britten would go on to write five modern classical music masterpieces for Rostropovich, whose international career was in full ascendancy.

Britten and Rostropovich met in 1960, at the London premiere of Shostakovich’s first cello concerto. At the concert Britten sat next to Shostakovich, who later complained of bruised ribs from Britten’s constant elbowing in admiration of Rostropovich’s technique and abandon. Shostakovich introduced Britten and Rostropovich to one another backstage after the performance. Rostropovich had only recently begun to tour in the west and had little awareness of Britten as a composer, but he immediately asked Britten to write a piece for him. Britten responded a year later with a Sonata for Cello and Piano.

It was to be the start of one of the most important and productive connections between an instrumentalist and any 20th century composer. Rostropovich used his growing fame and status to champion Britten’s new works vigorously. Britten’s works for cello were initially admired more than they were performed. Over time, and especially as more cellists have developed the requisite technical skill, the pieces have come to be fully embraced as part of the standard repertoire.

Music for cello solo inevitably invites comparison with J.S. Bach’s Six Unaccompanied Suites. Britten’s First Suite does seem to give a nod to Bach with conventional tuning, a strong tonal center around G major, and a fuga, and yet the work sounds completely new. Britten must have had Rostropovich’s formidable skills in mind for the extended techniques in the First Suite. Britten redefines the sound world for the cello in the piece with pizzicato effects, drone tones, and challenging double and triple stopping. The piece places inordinate technical challenges on the performer but always with deep artistic purpose. Britten’s First Suite takes the listener through a range of moods from deep and solemn, at times whimsical, fleeting and nocturnal, and in other moments emotionally shattering.

Cellist Brannon Cho, still in his mid-twenties, has built a reputation for flawless execution and interpretive depth across the repertoire with his many prizes at international competitions. Cho’s performance of Britten’s First Suite fuses unimpeachable technical integrity with a deep sense of drama and poetry. Cho’s reading of the piece is a breathtaking representation of a 20th century masterpiece.

The planning for a video shoot of the Britten First Suite began at Guarneri Hall in the summer of 2019. Production was initially slated for March 2020. However, with the onset of the Covid-19 pandemic, travel was curtailed and the project was rescheduled to August 2020. The audio recording was completed in a day and a morning, less than half the allotted time, a testament to Cho’s unflinching control of his instrument and his command of the highly challenging material in the piece.

Filmmaker Mike Grittani threw himself into the Britten Suite No. 1 project with a special passion. Grittani and Cho had become friends after having worked on projects in 2019. Grittani, himself a cellist, has his own deep connection to the Britten First Suite. Grittani’s video reflects a reverence for the musical and instrumental detail of the material at hand. All aspects of the shoot, including locations, lighting, wardrobe, shot selection and final editing were planned and carried out by Grittani, working closely with Cho. The entire project was produced over just a few weeks in late August and early September 2020.

The video could not have been made without the stunning audio recording of Cho made in Guarneri Hall by Grammy award-winning sound engineer Chris Willis.

Nothing can replace the energy of a live performance. That is why audio recordings were once regarded with suspicion, before finally being fully accepted as a different way to experience music. The emerging technical and aesthetic capabilities of video are beginning to open new horizons for classical music just as they have done for other musical forms. Grittani’s video treatment of Cho’s Britten First Suite isn’t intended to replace any other way of experiencing the piece. But videos like this one add unique dimensions to musical performances, creating new ways for audiences and performers to access musical masterpieces.

This Week from Guarneri Hall, a new weekly broadcast, is launching on the website of the Boston-based presenter host Groupmuse through a partnership with Guarneri Hall NFP. The program will be produced in Chicago with performances by some of the hottest rising classical stars today.… Read more »

The NEXUS Chamber Music 2.5 Virtual Festival continues through Wed, Sept 16 with more great performances by NEXUS artists, along with artist profiles filmed by Guarneri Hall Creative Director Mike Grittani and unavailable anywhere else. Get your pass now and tune in at 6:30 pm CDT daily!… Read more »