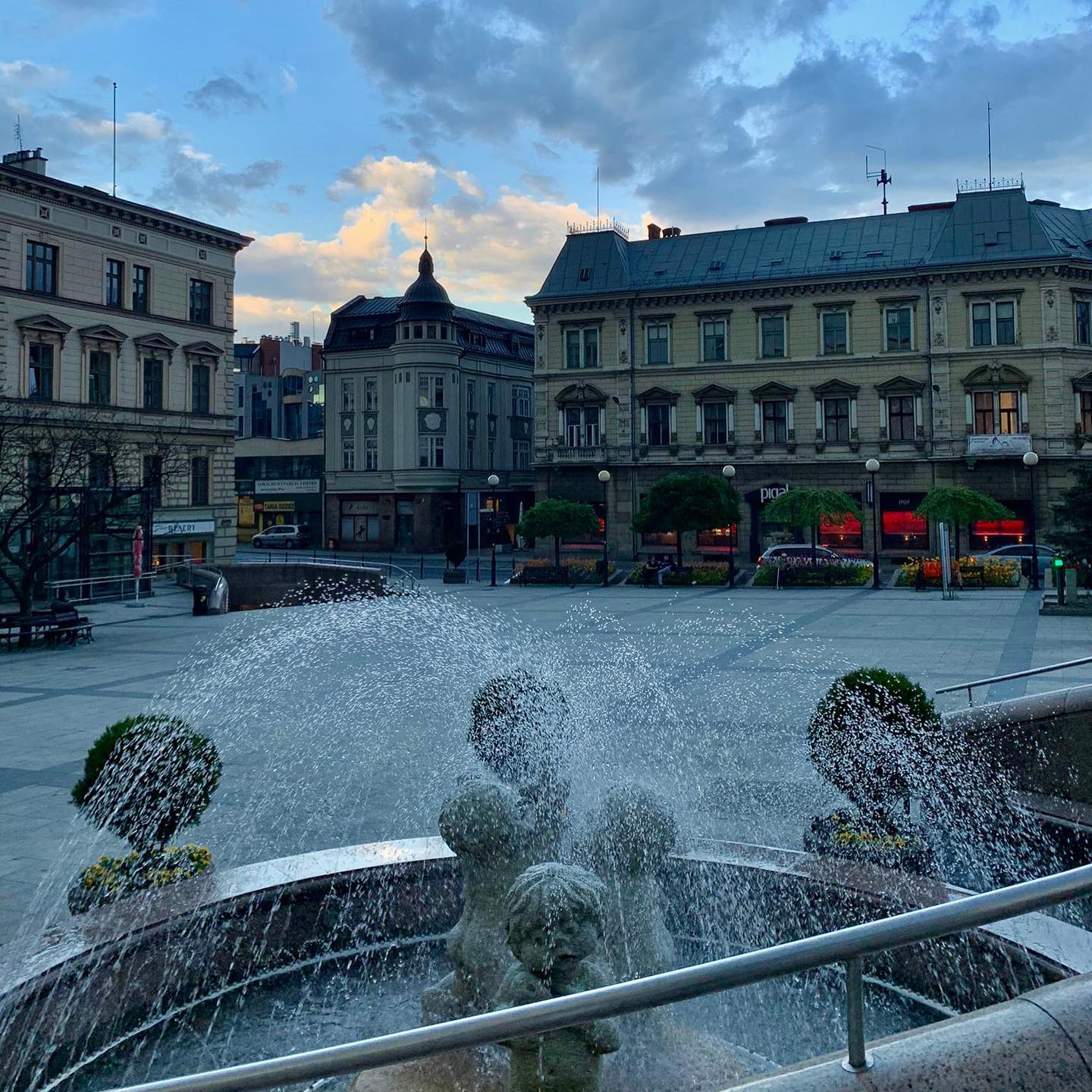 What happens when you mix Polish artists and local representatives of cultural arts and design organizations in Bielsko-Biała together with international arts advocates, musicians, and educators? You get an innovation exchange lab where the hope of trying out new solutions to problems commonly faced in the arts worldwide results in a lasting impression among local citizens, while the exchange lends itself to the possibility for lifelong relationships. Relationships that can also lead to collaborations that foster and grow interest and engagement in the arts.

Bielsko-Biała is a city in the southern end of Poland lined with cobblestone streets, endless quaint cafés, and wine shops in the Market Square (Rynek); the buildings and surrounding structures are nothing less than architectural gems, an expression of exquisite taste. In this unassuming location, international cohort members from the Global Leaders Program (GLP) teamed up with Polish locals to learn about the rich history of the country, the medium-sized city, and what influences the arts for its citizens.

A New Way of Thinking

During a week of intensive training in innovative thinking and problem solving led by Bartosz Stawski, Senior Associate, EY Academy of Business, the GLP cohort set to work, learning a method referred to by Bartosz as mental Aikido. The method promises to unhinge us from our human fixedness, “cause and effect” way of thinking. We were then formed into five teams, each of which would put our new tools to work along with the GLP skills we had been developing over the last year of study and fieldwork.

Listening to the Locals

Working with local organizations, Zamek Cieszyn and Związek Polskich Artystów Plastyków Okręg Bielsko-Biała (The Association of Polish Artists in Bielsko-Biała), our team decided to interview randomly selected non-artists from the Market Square and ask them whether they were aware of the galleries that were located nearby. The results were at times surprising: While some thought we were referring to shopping galleries, others knew about the art galleries but had never visited them. When asked why they hadn’t visited, they explained that they didn’t engage because they didn’t consider themselves artistic.

We proposed an outdoor activity where local artists would create a painting with local passers-by who, together with the artist, would create something that made them feel like a part of the creative process. The very idea of the chance to paint something excited more than half of the people interviewed. Not only were they enthusiastic about the idea, but the local citizens even created the name of what we hope will be an arts movement – We All Create Bielsko-Biała. We presented the idea to a panel of judges, including the city’s deputy mayor, Adam Ruśniak, who is now considering the manifestation of our team’s proposed event next spring.

The experience raises a deeper question about fostering art in our communities: How do we turn a locally supported art event into an international movement? How do we engage local populations from the cities we live in so that one’s inner artist is represented in the art we see around the city we all call home? What does a community like that look like, is it important, and if so, why? As musicians, we must ask ourselves the same questions as we innovate to capture the attention of more citizens both locally and globally and incentivize them to engage with classical music. Whether in Chicago or Bielsko-Biała, communities become personal and vibrant when the local cultures and sensibilities are reflected in the art and music on display and being performed. A community that celebrates local expression brings connections between its citizens to embrace differences and reinforce the things held in common. So let’s begin a movement starting in Bielsko-Biała; stimulate communities to celebrate and connect through inner expression.
We All Create . . . fill in the blank.

Guarneri Hall’s 2021-22 season of live chamber music performances begins Sept. 17 and includes an exciting roster of artists and ensembles from Chicago and across the US. Read more »